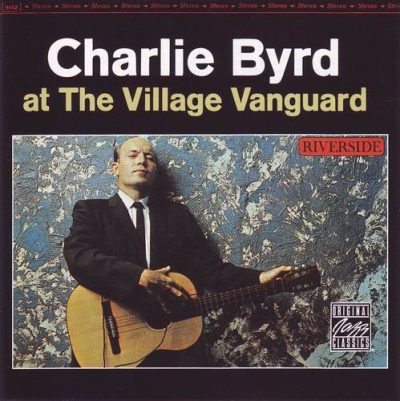 Shortly before departing on his epochal 1961 State Department tour of South America, the one that ignited his love affair with bossa nova — and subsequently, ours — Charlie Byrd played this trio gig at New York City’s Village Vanguard. At first, “Just Squeeze Me” goes at an easygoing stroll as Byrd adheres swingingly to the beat, and “Why Was I Born” isn’t terribly eventful. But then, there are definitely hints of things to come in the fluid samba-like rhythm that the trio kicks up on “You Stepped Out of a Dream.” The 20-minute fantasia on the old union rouser “Which Side Are You On?” also has a Brazilian-tinged groove, and the combination of that and Byrd’s low-key classical savvy keeps you as mesmerized as the quiet audience must have been. It is also significant that both of Byrd’s cohorts on the date, bassist Keter Betts and drummer Buddy Deppenschmidt, would play on Byrd’s historic Jazz Samba album with Stan Getz a year later. The direction is clear; Byrd was about to open the door to bossa nova, and you can hear him inching up to the starting gate here.
by Richard S. Ginell