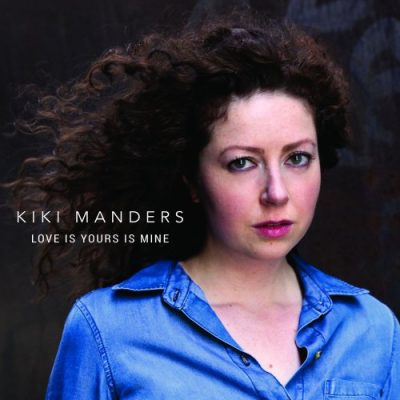 With her expressive, enchanting and warm voice, Kiki Manders sings her music like a painter uses his palette to paint. Creating different colours and sounds with her voice, from fragile and tender to dark and powerful, Manders creates a musical world of her own, striving to be as open and pure as possible.

Along with her quartet, this Dutch, Berlin-based vocalist and composer takes us on an adventurous musical journey into the depths of her soul, through jazz, storytelling in both English and Dutch dialect, and intimate ballads.

Manders grew up in Venlo, a small town in the south of the Netherlands. She graduated from the jazz singing program at the Conservatory of Amsterdam, where she earned a Bachelor and Masters of Music Degree under the tutelage of Sylvi Lane, Lydia van Dam and Annett Andriessen. After graduation, Manders moved to New York City to study Poetry and Singing and studied with Jen Shyu and Theo Bleckmann. While living in New York City, Manders started writing songs in the dialect from her hometown Venlo and she recently selected two to be recorded on her Debut Album, to be released with UNIT Records, August 2016.

A finalist in the Voicingers International Singers Competition and semi-finalist in the Brussels Young Jazz Singers Vocal Competition, Manders’ “irrepressible style” makes her an “in demand musician both as a bandleader and as a sideman.” She lent her voice to Amsterdam-based saxophonist Maarten Ornsteins’ DASH!, which featured artists such as Oene van Geel and Morris Kliphuis. She performed with DASH! throughout Europe, in the Music Theatre production “Spica”, multi-disciplinary theatre performance “Brilliant Limbs” and toured China with the band.