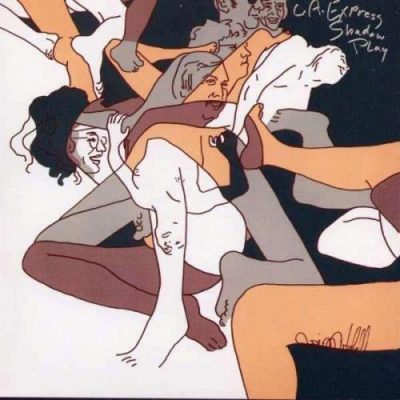 Despite Tom Scott’s leaving the of L.A. Express, a band he helped to found, for a solo career, the quintet did carry on for two albums after he left with David Luello on saxophones. Shadow Play is the second effort, and while not as striking a jazz-fusion recording as its self-titled predecessor, it does satisfy on funk and pop grounds. Joni Mitchell backs the group wordlessly on the opening “Nordic Winds,” offering a stark, progressive Euro-fusion sound to the normally sheeny L.A. Express sound. Keyboardist Victor Feldman and guitarist Peter Mannu shine here and the track feels more like late Soft Machine or early-”70s Passport than the L.A. Express. Paulette Williams adds more conventional vocals to “Double Your Pleasure,” and “Dance the Night Away,” neither of which is as cheesy as their titles makes them sound — though the latter is basically a disco single complete with synthed strings and a memorable vamp. But these tracks are more adornments than statements of intent. The title track is a beautifully moody, melodic bit of icy jazz with nice acoustic piano and synth work by Feldman, with fantastic twin horn lines by Luello. Its space and funky Rhodes backdrop add to a punchy bassline and very crisp breaks. “Chariot Race” is completely brittle fusion, but it’s balanced by the easy, soulful groover “Velvet Lady.” The rockist fusion of “Vortex” with ’70s metal guitar crunch by Mannu is countered by knotty saxophone lines and an erudite bassline. “Mad Drums and Englishman” is a funky fusion with some killer hand percussion added to the breaking drums (though the dueling percussion solo is wearying after awhile). The strange thing is, this set sounds a lot better in the 21st century than it did in 1976, perhaps because at that time it was rather impossible to separate from the proliferation of fusion in the marketplace.
Review by Thom Jurek