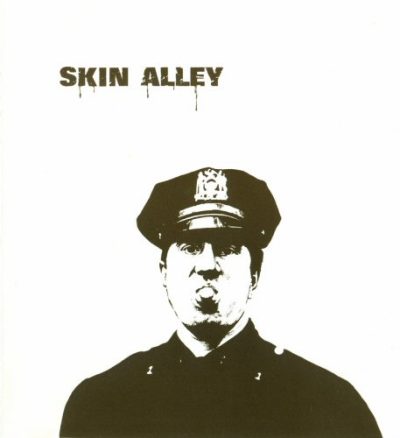 It takes just one listen to Skin Alley’s eponymous 1970 debut album to explain the band’s popularity in Britain’s underground college and club scenes. Here was a group who refused to play by the rules, a band whose diverse musical influences were given free rein, but who beautifully stitched together their eclectic stylings into a sound quite uniquely their own. Like most British acts of the day, Skin Alley were beholden to the blues, and the band paid off part of the debt with the barrelling “(Going Down The) Highway.” But as passages in that song made just as clear, the group were equally enthralled by jazz, a style that would be explored more intimately on the atmospheric stunner of a track “All Alone.” That conjured up smoky torch clubs, while jazz of a more exhilarating mode is given its due on the equally excellent “Marsha,” which slips gaily in and out of R&B as well. The set opener, “Living in Sin” is a breezy piece of British R&B, but given an intriguing twist of the Middle East. It had all the makings of a single, but instead it was the more downbeat “Tell Me” that was chosen, albeit not in its original portentous album form, but in a jazzed-up version, which is included on this reissue, along with it’s B-side “Better Be Blind.” But Alley’s influences didn’t end in America, they were also inspired by their own musical heritage, as the medieval tinged “Country Aire” illustrates. Folk is pulled into the modern pop world on the equally single worthy “Night Time,” then enters the arenas with the ballad-cum-haunting show-stopper “Mother, Please Help Your Child.” All told Skin Alley was a stunning debut, with excellent production by ex-Pretty Things guitarist Dick Taylor, but, amazingly, better was yet to come.
review by Jo-Ann Greene