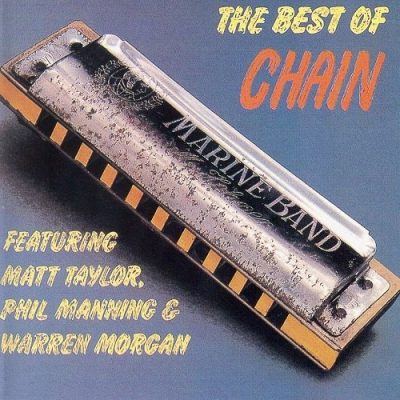 Formed in 1968 in Melbourne Chain has been the most influential blues/rock band in Australia. Phil Manning (guitar and vocals), bassist Barry Sullivan and Drummer Barry Harvey were a loud brash trio. With the joining of Matt Taylor on vocals and harmonica in 1970 the band took on a tougher, bluesier edge. Today Dirk Dubois is on bass. Best known for the song “Black’n Blue” they had several chart entries and reached double gold status for “Toward the Blues” which is still on general release and probably the longest permanently available rock/blues album in Australia.