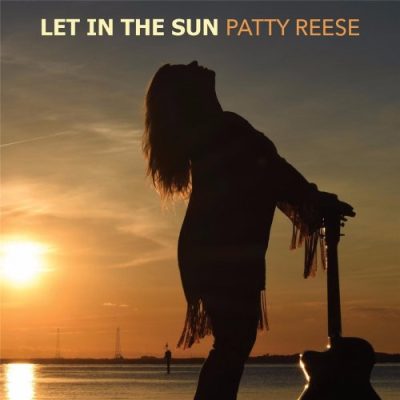 “I received Patty Reese’s latest effort, Let In The Sun a few days ago and begin to listen without a lot of anticipation. Two tracks in and my ears were alive with these sounds. This is a terrific record, very well recorded with a lot of variety to the music. Ms. Reese produced this along with veteran East coast keyboard whiz, Tommy Lepson, who contributes keys on a half dozen tracks.

The musicians are uniformly excellent throughout, the vocals are really strong, but the single thing that makes this a top notch record is the songwriting. Patty wrote eight songs, co-wrote another, and does two covers, Dylan’s ‘Don’t Think Twice It’s Alright’, and ‘Goodbye’ from the pen of Steve Earle. She holds her own with both of those gentlemen. If she never wrote another song besides ‘Your Love’ she would be a successful writer. This song has beautiful lyrics, combined with a perfect musical accompaniment. In truth, there is not a weak track on this album, another testament to Patty’s musical abilities. I also really like the blues shuffle, ‘Good Neighbor’, and the New Orleans inspired, Little Feat syncopated sound of ‘Awesome Sauce’, two more highlights on this fine record.