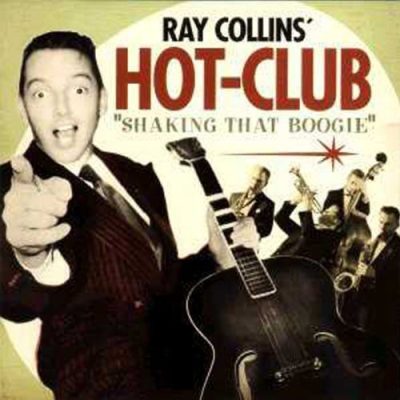 Imagine a band which could play to perfection a mixture of 40 and 50’ s Jump-blues, swing, jive and of rock’ roll with authenticity and an overflowing energy while developing their own style and composing some solid songs. A band which could set a ballroom on fire with only the first bars of a brass section. Imagine nine guys ready to party and make you spend an unforgettable evening and which for that will give all that they have! You think that kind a band has never existed and will never exist neither in Europe, neither in States nor in any area of the world. But I can swear to you that this band really exist (cause I saw them!) and that they just released their third album “Tohuwabohu” for Crazy Love Records. This group is The “Ray Collins’ Hot Club”, a german bunch of wild guys which signed their first album in 2001 -“Shaking That Boogie”- and which since became a reference.

Some bands are good in studio and disappointing on stage. Some others are just the opposite; they are great entertainers but their albums are flat and without any “fever” or “guts” whatever you call it. In this case, we are dealing with this rare species of band who are at the same time achieved showmen and which sign original albums with no fillers or tracks to be thrown away.