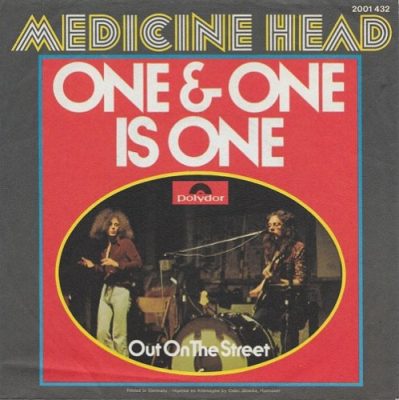 British 1970s rock band led by John Fiddler and Peter Hope Evans. The group recorded six albums in the seventies, the opening trio of which were on John Peel’s Dandelion label. Fiddler & Hope Evans formed Medicine Head in 1969. At the end of 1971, Peter left for about nine months and John continued the band with John Davis on drums and Keith Relf on bass guitar. They left when Peter returned in the summer of 1972 and the band once again became a duo. It came off the road in October 1973 while Peter and John recruited three more musicians.