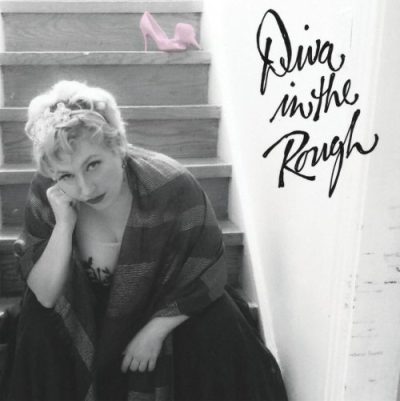 To say that Catherine Hughes was born with a microphone in her mouth is something of an overstatement, bus she does come from a long line of Chanteuses, Thespians and Revolutionaries, which explains much.

She grew up around actors and performers, and her love for all things theatrical was instilled at an early age. She was blessed with an angelic voice a sharp tongue and an incisive quick wit. A tumultous and inspired youth led her to be invited to attend the Juliard School of Music at age 21.

Unable to attend, she continued her education in Toronto. The formal training she didn’t get in NYC was offset by talent and tenacity in spades, allowing her to create her own sound and style unfettered by conventional thinking. She started to perform and adopted the moniker Diva In The Rough when one location demanded a title for her show.

By way of explaination she says, “When I first started performing with the inimitable Don Guinn I felt awkward on stage during his piano solos. What do I do with my hands? Who do I look at? Can I have a purse to go through?

I decided to create a persona, The Diva In The Rough. She rolls her eyes at his admittedly spectacular piano playing. She stares down people who chat while she’s singing. She allows me to say what we’re all thinking but are generally too polite to say. We tend to get away with a lot of shenanigans during shows, thanks to The Diva. Without her, I wouldn’t have the freedom to have the fun I do on stage. She at once allows me to reveal my inner self and hide behind her a little.”

With her story telling and on-stage shenanigans garnering almost as much acclaim as her bawdy, bluesy, soaring contralto, the Diva In The Rough name stuck. She continued to sing at a variety of venues around Toronto including The Drake, The Gladstone, Statler’s, Now Lounge, Gate 403 and many others, and she earned a reputation for being able to elicit laughter and tears at the same time. When NOW magazine described her as a “cross between Mae West and Bette Middler”, it was rumoured that Bette was deeply touched.