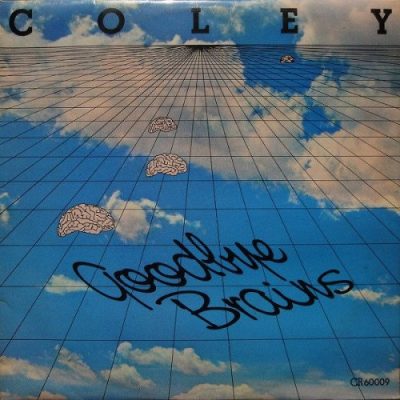 The futuristic grid motif started to become ubiquitous in the mid-’70s—stylistic shorthand to imply the product on which it was adorned was in tune with the impending digital age. Whether Goodbye Brains was ahead of its time or not, it certainly flew under the radar. Masking itself deceptively as an ’80s electro record, Ginny Gillam’s sleeve design belies the record’s early 1970s origins. Written almost exclusively by the largely unknown Barry Cole and self-released on his eponymous label, Goodbye Brains is a multifaceted beast, part jazz, part funk, part Python surrealism. Poet Paul Bura’s state of the nation laments and odes to the paranormal provide meandering interludes to Barry Cole’s well crafted funky, left-field jazz. More akin to Ian Carr than to his Canterbury scene contemporaries, saxophonist Coley kept things tighter than many of the cities well-known avant-gardists who often eschewed brevity and punch for spiraling improv. With only two thousand self-financed copies pressed, this home-grown labor of love remains largely undiscovered and under appreciated.