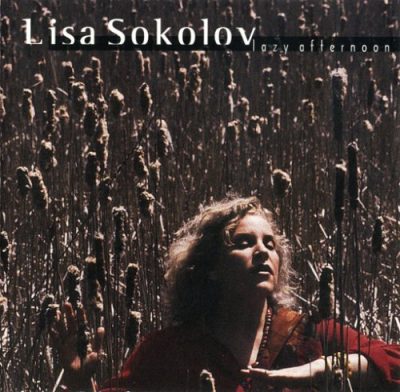 Lisa Sokolov was among the more interesting jazz vocalists who emerged in the ’90s.Though not quite as far to the left of center as Ann Dyer or Betty Carter, she successfully moves between the inside and the outside on her second album, Lazy Afternoon. The innovations of Carter and Sheila Jordan have had an influence on Sokolov, which isn’t to say that she emulates either of them. Blessed with a big, gritty, rough-edged voice, the singer manages to combine the influence of jazz’s avant-garde with elements of soul and blues as well as cabaret and theater music. At times, Sokolov’s dramatic phrasing brings to mind Patti LaBelle and — believe it or not — Taylor Dayne, although this CD is a long way from the commercial pop/R&B they recorded in the ’90s. Standards like “Over the Rainbow,” “Lazy Afternoon” and “On a Clear Day” have been done so often that more conventional singers would do well to stay away from them, but Sokolov’s probing interpretations actually manage to inject new life into the songs. Those who are weary of dime-a-dozen Sarah Vaughan clones and Ella Fitzgerald wannabees should search for this chance-taking effort.
Review by Alex Henderson