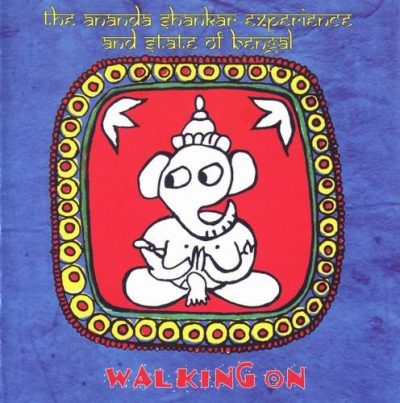 This is a very groovy release, in the true late-’60s/early-’70s sense of the word. Sitarist Ananda Shankar, the nephew of Ravi Shankar, has been blending Indian instrumentation with Western sounds for decades, using rock and jazz grooves as launching pads for some very inspired jams. His music was recently rediscovered by DJ and producer Sam Zaman, also known as State of Bengal. Zaman put together a group of crack musicians to work with Shankar. The project, as it was now called, appeared at WOMAD and toured up until the time of Shankar’s death in March of 1999. There are some wonderfully retro sounds on this disc, as well as some uniquely forward-looking material. “Tori” is pure ’60s spy-movie music, with its swirling flute and funky backbeat. If Mike Meyers decides to do a third Austin Powers movie, here’s his soundtrack. The slow dance groove of the title track features lots of interplay between Shankar and veena player Dr. Gopal Shankar Misra over a tight drum and bass backdrop. Hopped-up flamenco, reggae, hip-hop, ’70s funk, psychedelia, and even a little musique concrète make appearances on other tracks. It’s all delivered with lavish abandon and a sense of fun. Dig it.