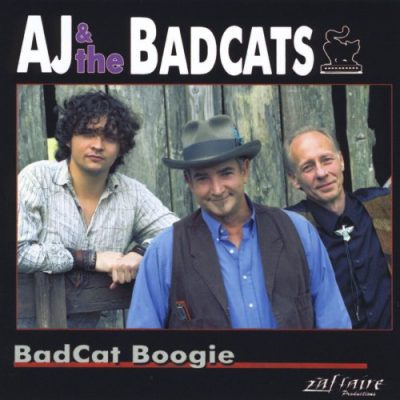 The BadCats have been around in various forms since the early 1990’s. The music is Louisiana Blues with a Cajun, Swamp Pop & Zydeco influence. The group has been continuously playing in Louisiana dance halls, honky tonks, trail rides, barn dances & festivals. This band of brothers, with a spicy variety of influences, brings a lot to the table.

A.J. Primeaux, lead vocalist; harmonica player & percussionist. The founding member, he is a second generation Louisiana musician, with his father having played piano for Larry Brasso & Al Terry. Originally a drummer in Cajun; Rock & Country bands, he, in true Cajun tradition, handed it down to his sons.

Julian Primeaux, guitarist & vocalist, has made his own mark in the music industry writing, playing, recording & producing.
Jerry LeJeune, drums & percussion, is a long standing fixture on the Louisiana music scene as well as a recording producer & engineer.