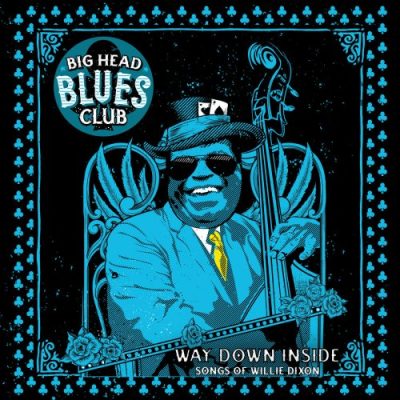 Big Head Todd and the Monsters has joined forces with three second-generation blues stars, Mud Morganfield, Billy Branch and Ronnie Baker Brooks, to pay tribute to one of the pillars of modern blues, and one of the most influential songwriters of early rock and roll.

Big Head Todd and the Monsters have been fans of blues music since their first days together playing music in high school. In 2011 the band delved into the blues with their first Big Head Blues Club project, 100 years of Robert Johnson, which featured guest appearances by BB King, Hubert Sumlin, Charlie Musselwhite, Honeyboy Edwards, and more. That album led to a limited number of tour dates under the Big Head Blues Club moniker that same year.

Together these four artists form the 2016 incarnation of the Big Head Blues Club, armed with their brand new album “Way Down Inside” featuring an incredible playlist of songs from Willie Dixon, possibly the most prolific and accomplished songwriters in modern blues and rock n’ roll.