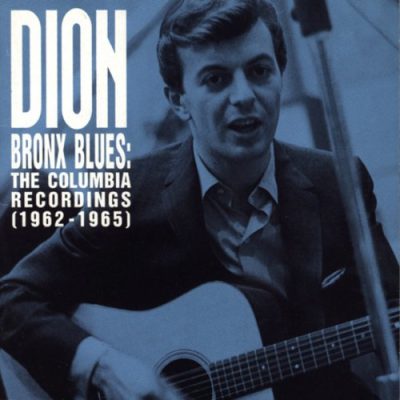 After many hit singles with the Belmonts, Dion went solo and became one of the first rock & roll stars signed to the Columbia label. Although he was only with the label for four years, Dion recorded some of his most adventurous music during this period. Bronx Blues: The Columbia Recordings chronicles this phase in his career, and is the best single-disc compilation of his mid-’60s work. The first singles released were similar in style to the Belmont’s recordings (“Donna the Prima Donna”) and demonstrated his continued love for doo wop as he covers older songs such as the Drifters’ “Ruby Baby,” which peaked at number two. While the first half of this album is strong, the second half is truly revelatory; it shows Dion, who had just been exposed to the music of Robert Johnson, infusing the bravado of his streetwise persona into the blues. The results don’t always work (he doesn’t have the deep, powerful voice required to sing Willie Dixon’s “Spoonful”), but the results are magic when he hits the mark. The best example is his own “Two Ton Feather,” a song that’s not pure blues, but blues interpreted by a newly converted fan of the genre. In that respect, it’s not surprising that his style is similar to Bob Dylan’s. In fact, the highlight of the album, and perhaps Dion’s best recording ever, is his previously unreleased version of Dylan’s “Baby, I’m in the Mood for You” in which he brings out all the snarl and attitude of the tune. While these years are often considered a transition period for Dion, this compilation is essential in showcasing his songwriting talents and restless spirit.