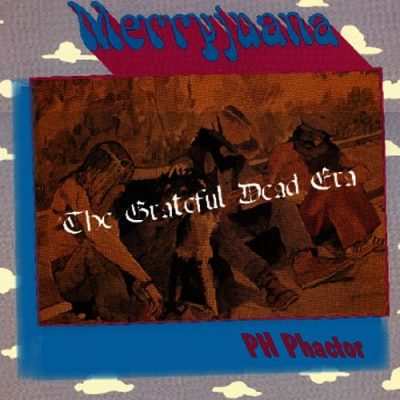 On the evidence of this rare LP, PH Phactor were a band that, like the Lovin’ Spoonful, Country Joe & the Fish, the Charlatans, and Kaleidoscope, linked jug band folk to psychedelic rock in their versatile repertoire. PH Phactor, alas, weren’t as notable as any of those prior acts. But their music on this 1980 release (recorded during the 1960s, although only two tracks, the single “Minglewood Blues”/”Barefoot John,” came out at the time) was respectably enjoyable. As was the case with all of those like-minded groups, they sounded worst when they were trying to do comic jug band material. At other points, though (as on “Suzy”), they had an engaging, ragged blues-rock-psychedelic looseness and quizzical humor reminiscent of San Francisco bands like Country Joe & the Fish and, less closely, the Charlatans. Strange as it might seem, one of the singers — the guy who takes the lead on “Jelly Roll” and “Barefoot John” — sounds a heck of a lot like Jonathan Richman, though there seems no way Richman could have been influenced by such an obscure group. They do a surprisingly good blues-rock cover of Howlin’ Wolf’s “Three Hundred Pounds of Joy” (here retitled “200 Pounds of Heavenly Joy”), and get into eastern-influenced jazzy psychedelic improvisations on the seven-minute “Rain Island.”
Richie Unterberger