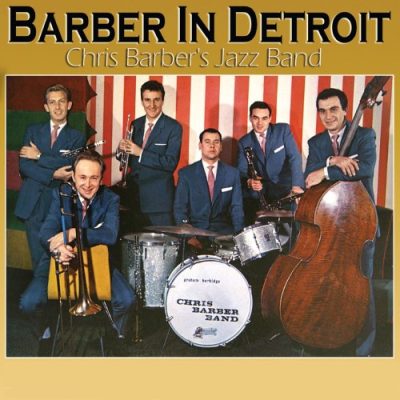 Since the 1930s the Musicians’ Union had a ban preventing American musicians touring the UK. By the late 1950s this was relaxed as long as a UK band was ‘swapped’ for an American band. Chris Barber’s band was not the first to go, but was the first to be allowed to tour rather than play a single residency in one venue. In 1959 when it did its first US tour the Barber band was the leading Trad Jazz band in the UK. The tour was an outstanding success and the band toured again in the Autumn of that year.

Not recorded officially a recording was made surreptitiously of one of the concerts in Detroit. Lake Records acquired the tapes of this historic concert and present them here for the first time. It shows the band on fine form and wowing American audiences. The full concert was not available and so bonus tracks from other concerts around the time of the Detroit one have been added.