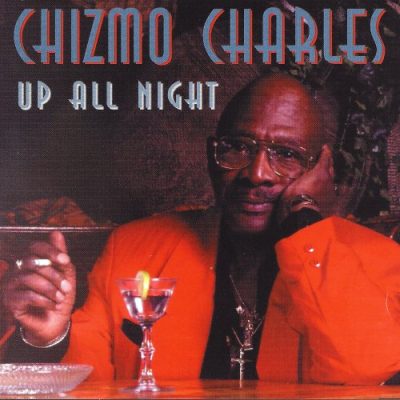 Singer Chizmo Charles made his recording debut as a leader on this CD, at the age of 70. What is more remarkable than his very late start is that Charles’ voice could pass for 50. His versatility and the pure joy in his singing are quite appealing. Although largely a blues date, Charles also performs “Angel Eyes” quite credibly and the music ranges from swing to soul. The highlights include “Bed Bug Boogie,” Elmore James’ “Shake Your Moneymaker,” “The Walkin’ Blues,” and “Bad Bad Whiskey.” With fine support given by the four-piece Midnight Horns (which includes Kenny Blake on alto and tenor), a solid rhythm section, slide guitarist James Dougherty, Jr. (who wrote half of the tunes), and James King on harmonica, the singer is heard throughout in near-exuberant form. Why did it take Chizmo Charles so long to record?