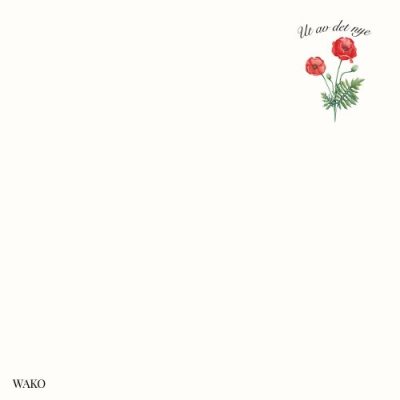 “Ut av det nye” is the sequel to their critically acclaimed self-titled “Wako” (and “Wako – Live in Oslo”) where the band researched their own limits both through musical collaboration partners and in the studio. This work was praised by the critics – Aftenposten could report that “this is how jazz is kept alive”, Dagens Næringsliv stated that Wako has “worked its way to the first division with an intelligent, melodic and sharp version”, Dagsavisen said that they “keep the party going until the last note”, while Romsdal’s Budstikka simply named the live album “one of the strongest Norwegian releases of the year”.

As on their previous records, the songs are written by Martin Myhre Olsen and Kjetil Mulelid, with one exception – an incredibly beautiful ballad contribution from bassist Bárður Reinert Poulsen. Rawness and romance pulses side by side. The music intertwines order and chaos, dissonance and consonance, light and shadow, and other forms of madness and harmony in a unique way. It is simply a demonstration of how Wako treats the acoustic jazz quartet format. What is repeated on “Ut av det nye” is how mature the music sounds. All four of them are in their early 30s, and if you have followed Wako’s path it’s clear that some long maturation steps have been taken since the start in 2012 at the legendary “Jazzlinja” in Trondheim. Wako plays with an authority and personality that places them at the forefront of Nordic jazz, and it has been mentioned on several occasions that Wako stands as one of the most dynamic and innovative groups on today’s jazz scene. This is confirmed with their sixth album.